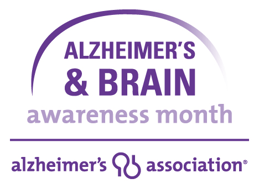 Alzheimer’s disease is the most common type of dementia. ItIis an irreversible, degenerative brain disorder that slowly destroys memory, language, thinking, and behavior. Over time, symptoms of Alzheimer's disease continue to progress and begin to interfere with the ability of the individual to perform daily tasks, carry on a conversation, and respond to their regular environment.

To bring awareness to Alzheimer's disease, we are honored as an organization to support Alzheimer's Disease & Brain Awareness Month. The Alzheimer's Association has chosen to dedicate June to Alzheimer's and brain awareness so that more people are aware of the disease and can inspire change.

If you’re interested in learning more about Alzheimer's disease, here are six facts that may be helpful.

Communication & Collaboration Between a Pharmaceutical Manufacturer and Specialty Pharmacy